The Uncanny Collection comprises of a series of still life drawings responding directly to the various interpretations surrounding the concept of The Uncanny, famously explored in Sigmund Freud’s 1919 essay of the same name. With a specific focus on objects shrouded in secrecy within the context of domestic or homely spaces of familiarity, each piece carries its own secret narrative which is not about what is visible, but about what is concealed. In a digital age Martin returns his gaze and attention to objects, removing himself from social media platforms for a number of years and meditating on tones of unease through his objects, often thinking of his arrangements as evidence photographs from crime scenes. 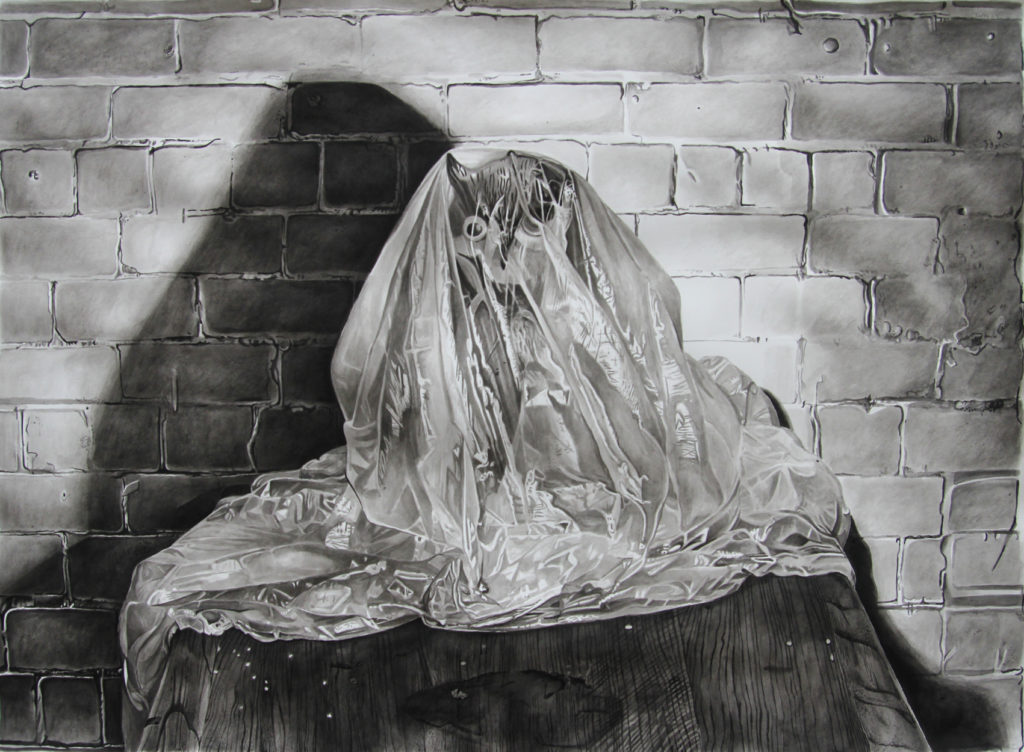 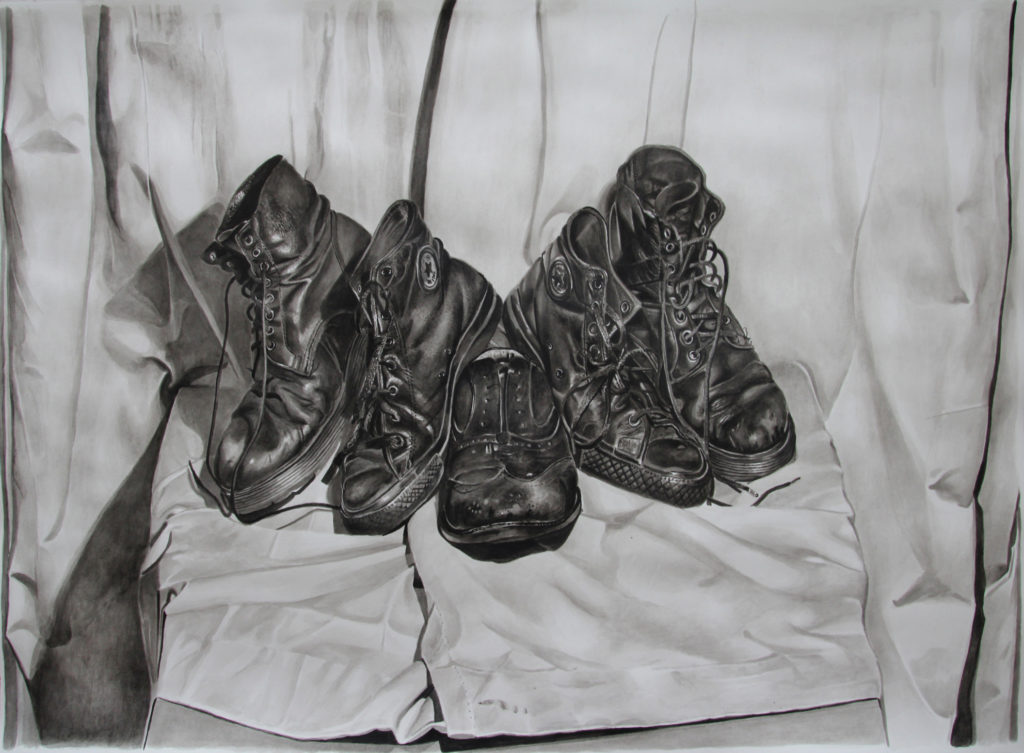 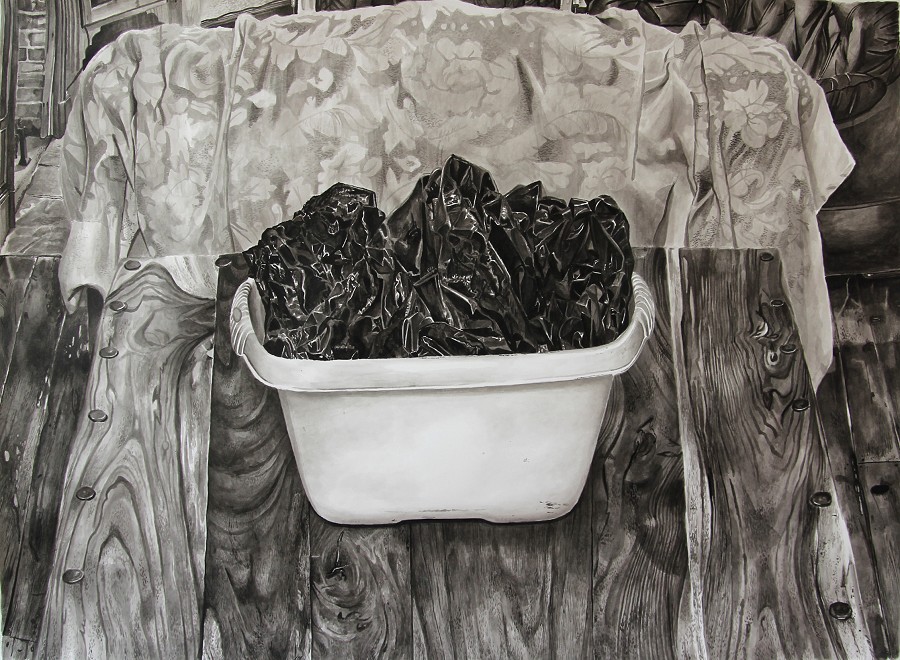 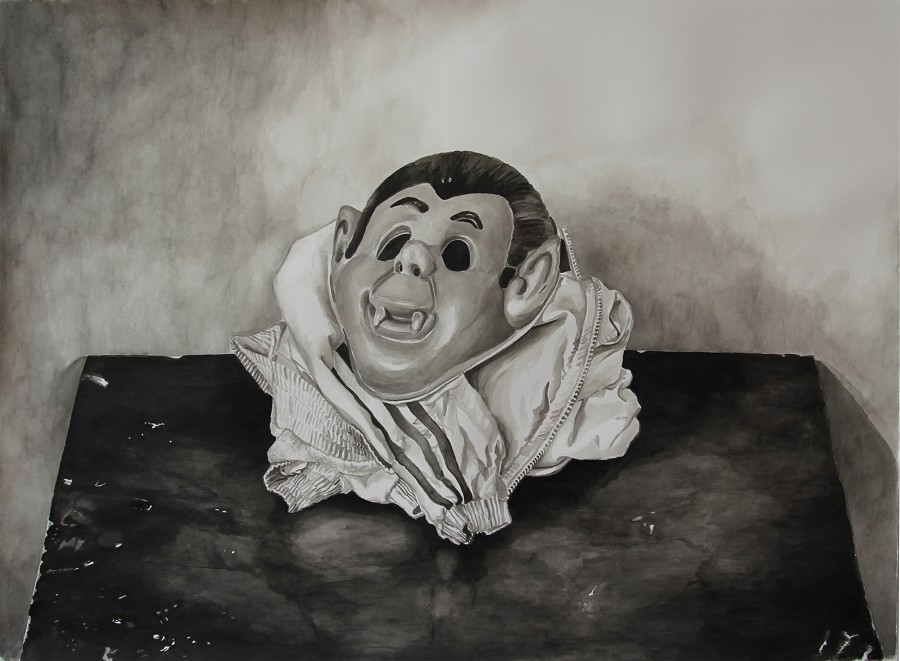 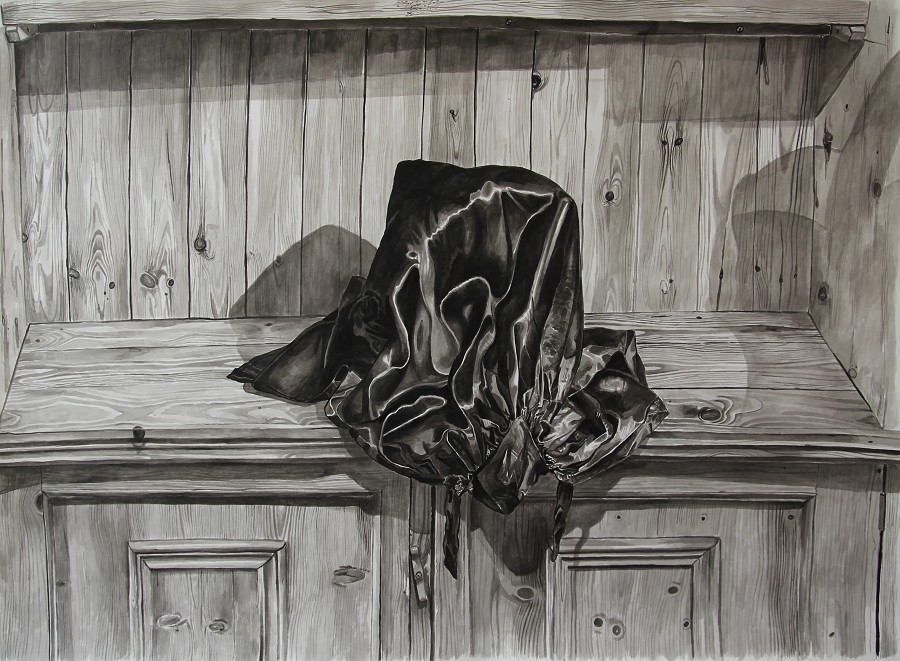