Your Love Shines Over My Horizon, 2022

Miguel Martin and Isobel Anderson present Your Love Shines Over My Horizon, an offsite photographic intervention displayed on the walls of a stone cottage in the middle of the Shropshire Hills. Classified as an area of outstanding natural beauty, this region is snuggled against the convoluted border of Mid-Wales and boasts a wide variety of visitor attractions including ancient relics, stone-built burial cairns, and medieval castles. Located amongst an abundance of dramatic gorges, dales and valleys, this iconic bronze age landscape is steeped in ancient history and folklore.

Each morning over the course of their Autumnal week-long stay, Miguel and Isobel examined their guidebook and selected a different walking route to embark upon. They assembled a pack lunch comprised of local bread, cheese and ham and drove to the starting point of their journey. Carefully following the written directions of their guidebook, each hike felt like a role-playing game similar to the 1987 British children’s adventure TV gameshow Knightmare, where three teammates would navigate the blindfolded dungeneer with spoken instructions through a computer-generated fantasy landscape.

Many of their walks felt perilous, where extreme caution was exercised when ascending a particularly damp and rugged gradient. Other times the sun shone bright over alpine-like meadows, and provided picturesque panoramas to rest in while enjoying their home-made sandwiches on the grass. There were moments of unease when the sound of a distant neighing foal activated a sudden and ferocious pursuit from its panicked parents across an open valley directly towards them. Other moments of excitement and curiosity were sparked when a discovery of liberty cap mushrooms was made, only to be dispelled back at the cottage by a Google image search of authentic liberty cap mushrooms, revealing the handful they picked to be fakes.

In 2013 a dark fan-made YouTube video and its subsequent reaction videos claims meme status after going viral. In it a young boy lays in his room after a moment of heavily implied physical abuse from his father. He prays in the hope that his favourite cult movie character Shrek pays him a visit, only to have his wishes met in the form of a brief but sexually explicit encounter with the green ogre himself. The meme spawns the iconic titular catchphrase Shrek is Love, Shrek is Life among a number of lesser-known sequels.

Seven years later while scrolling through a variety of Instagram face filters, Miguel encounters one particular filter whose name catches his attention, Shrek is Love, Shrek is Life. While selecting selfie mode you are able to superimpose a friendly computer-generated model of Shrek directly behind you with his arm seemingly around your shoulder. By tapping his face you are able to activate a green bubble which grows from his nose and floats away. You can also activate a motion which sees him blowing you a kiss and making your own face appear bashful.

The internet is a potent breeding ground for urban legends and lore. Augmented reality creeps organically into the natural world and back out again, eating its own tail in a process of mimetic regurgitation. A constellation of dark tales scratches the surface of this ever-expanding iceberg, reappearing years later in a repackaged version of its own mask. Classics are reborn. What once was an area of outstanding beauty is now a doomed vacuum of recycled content. Your Love Shines Over My Horizon attempts to bridge the gap between the virtual and the natural world, meeting in the middle to coexist in harmony, to be discovered by a new generation of content seekers. By leaving a single photograph from the series within the pages of the cottage visitor book, we hope to expand on the traditions of mimetic internet folklore, cross pollinating with the ancient history of the region’s ancestors. A slice of heaven. 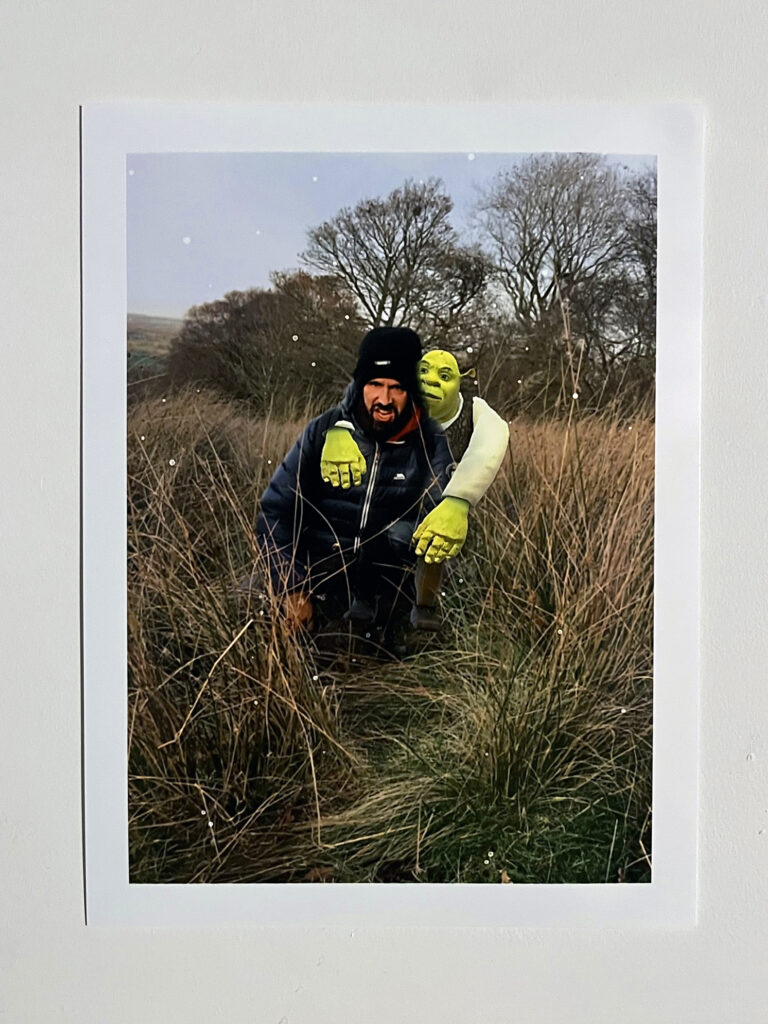 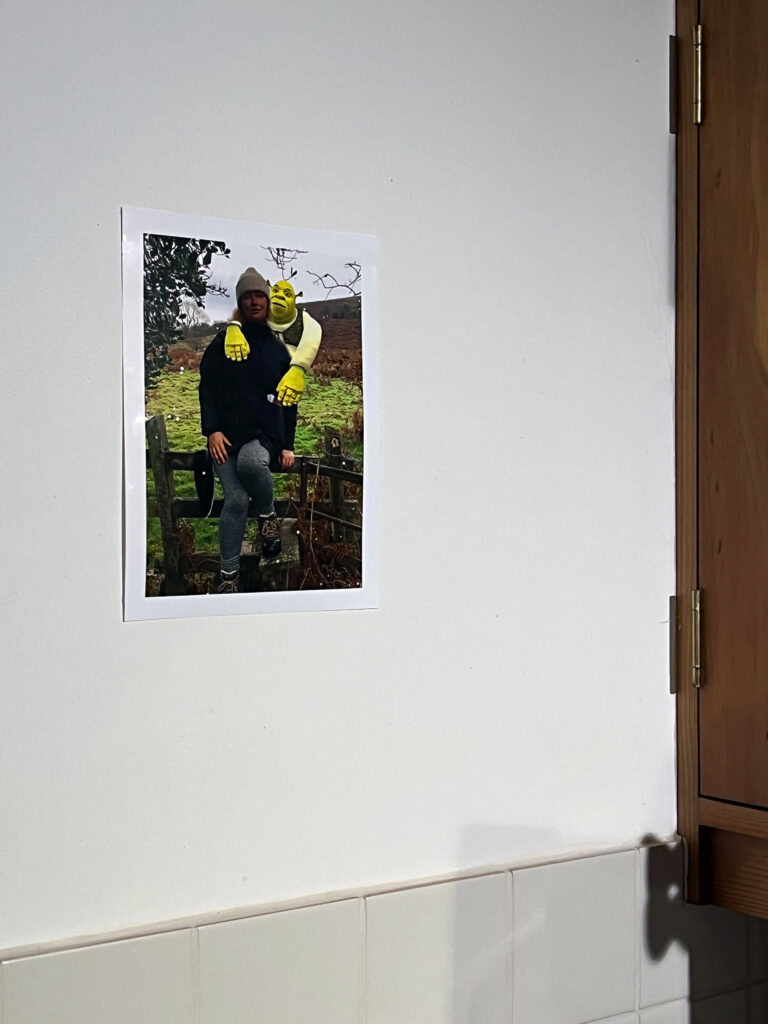 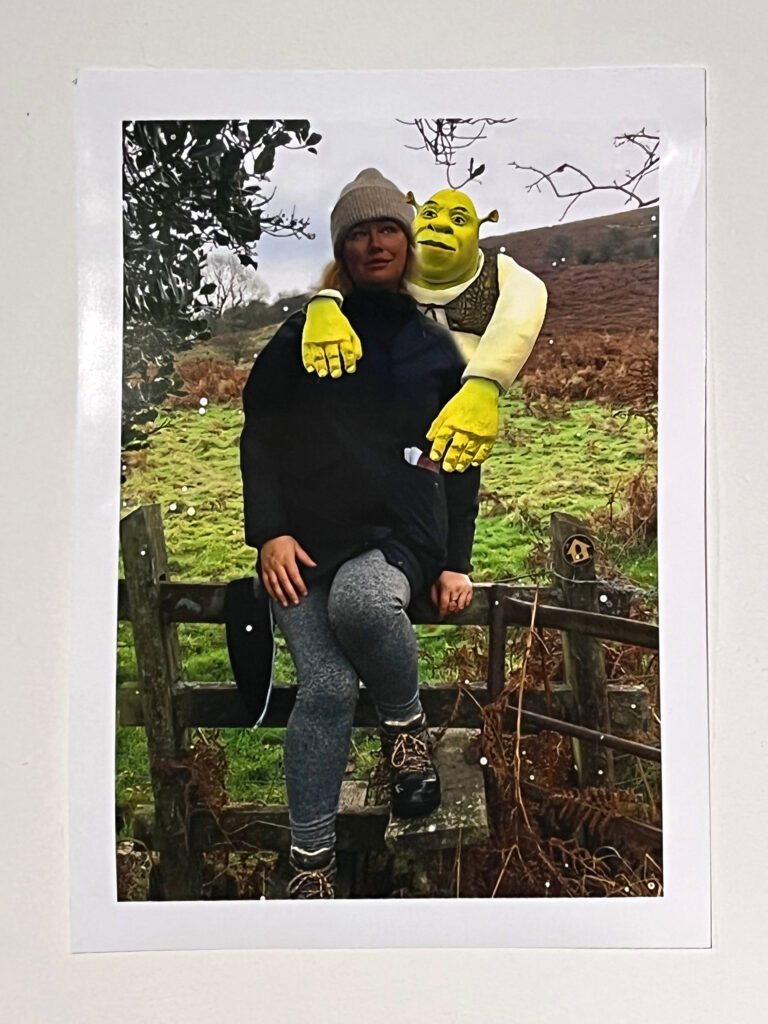 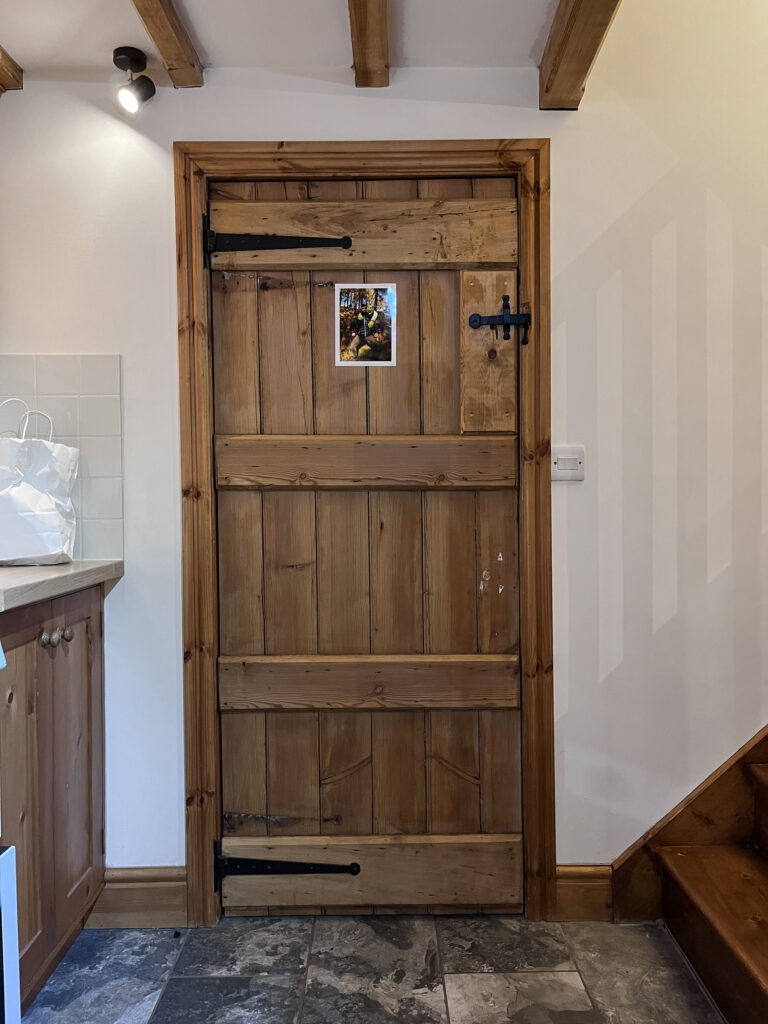 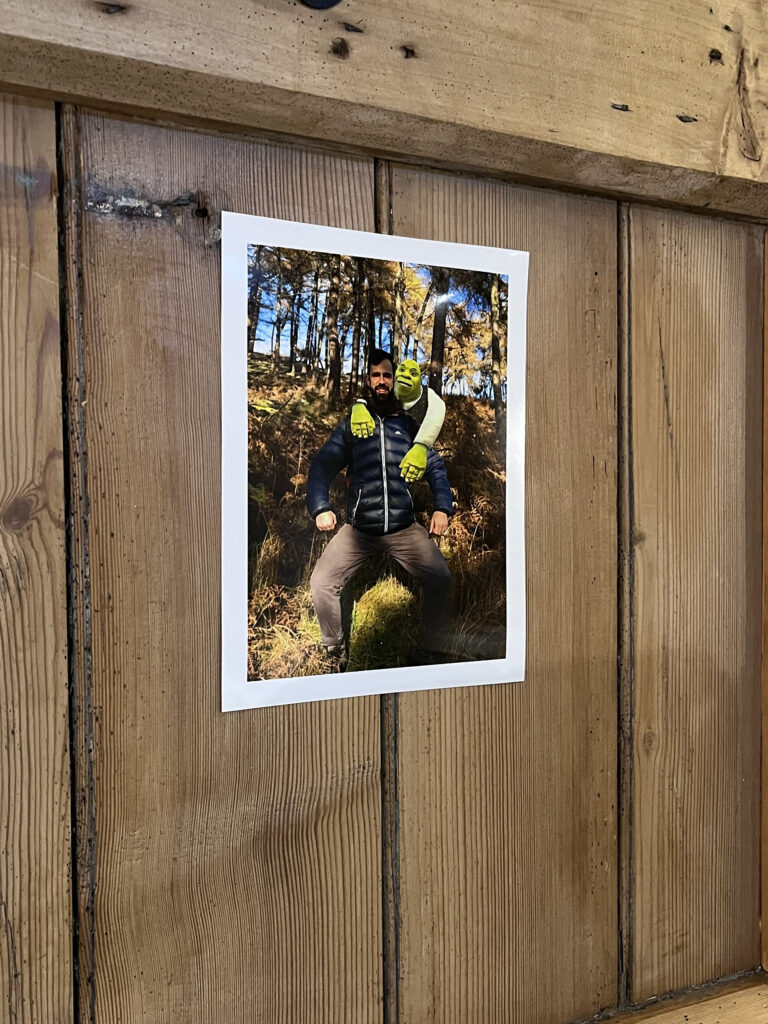 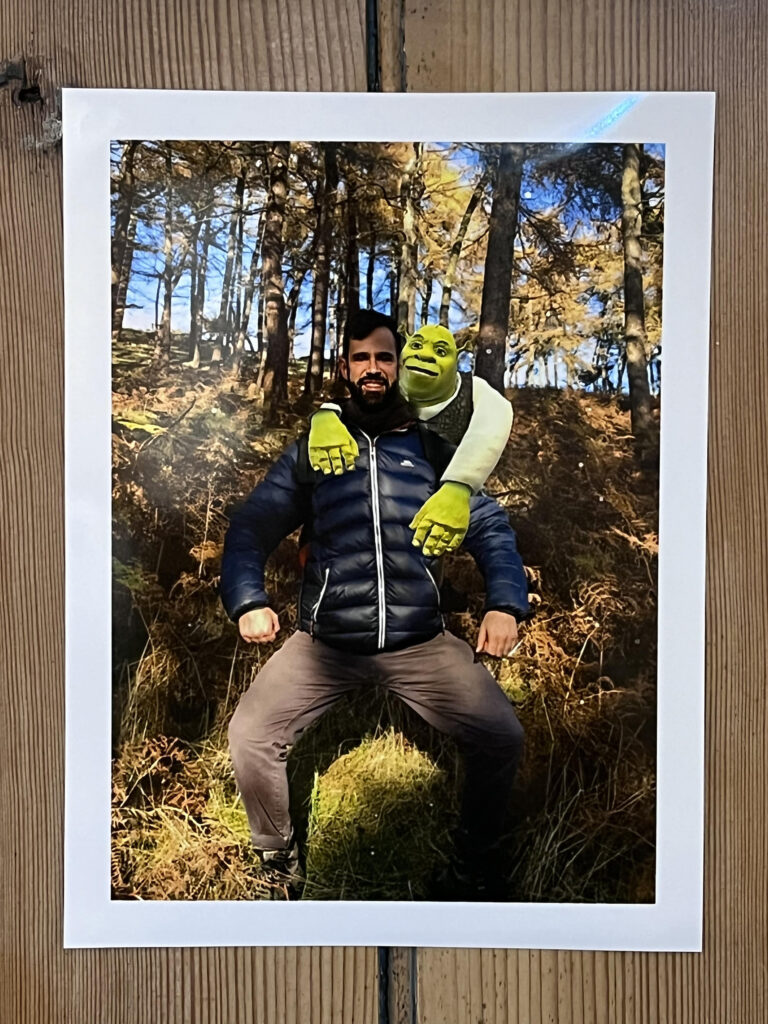 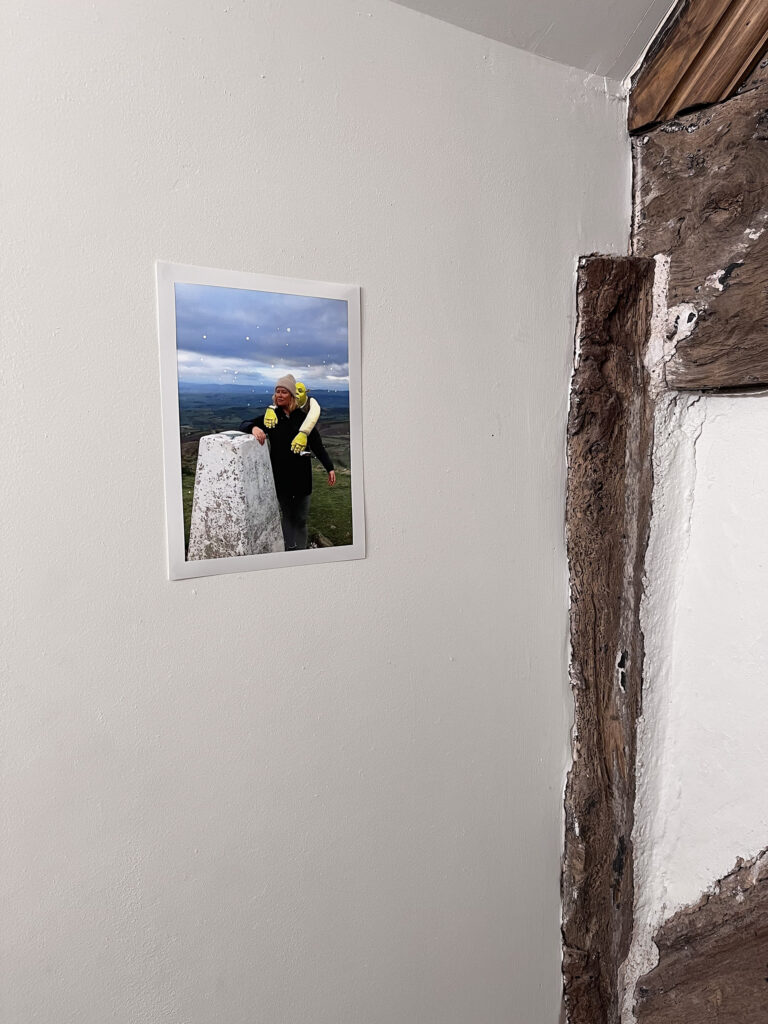 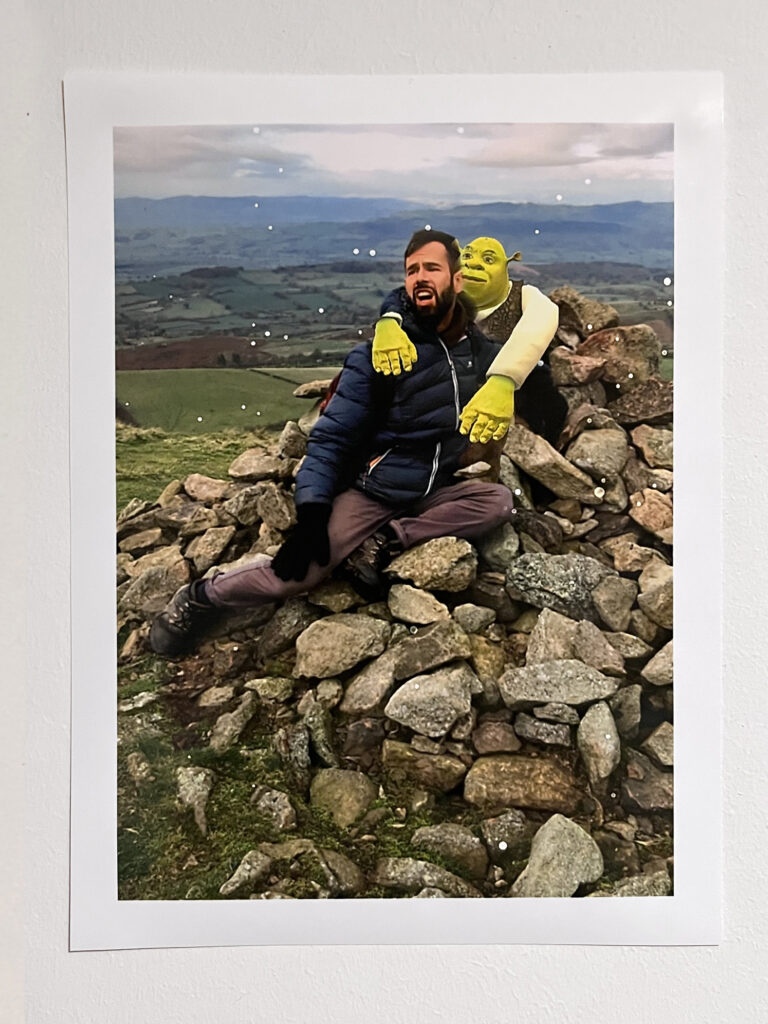 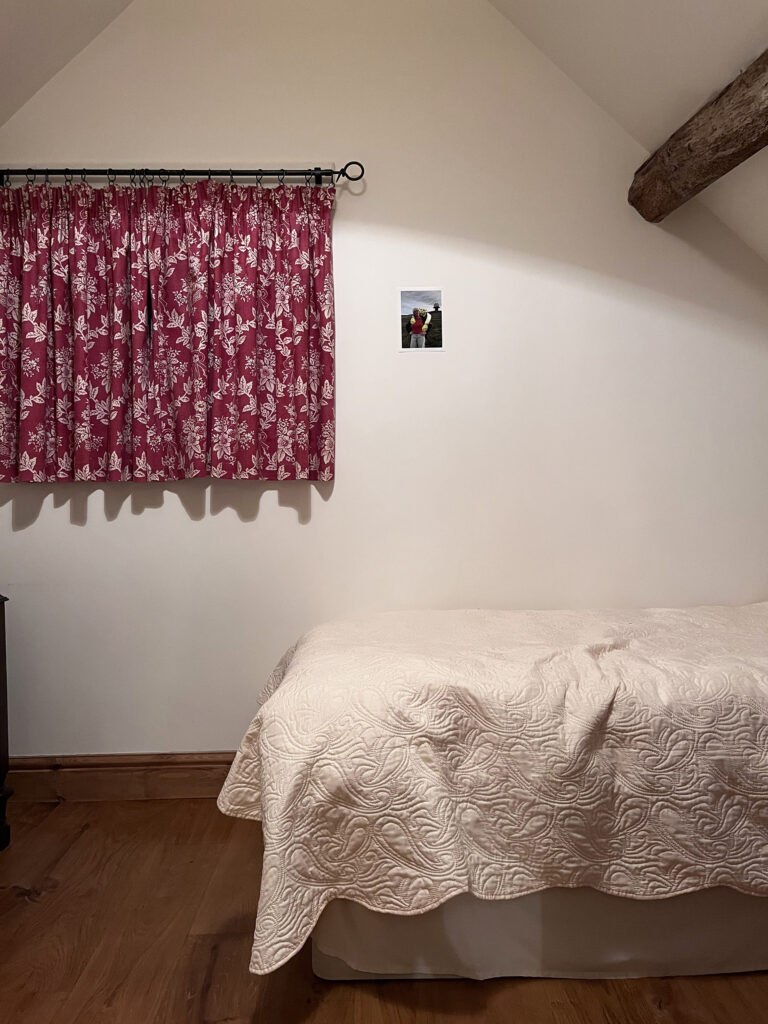 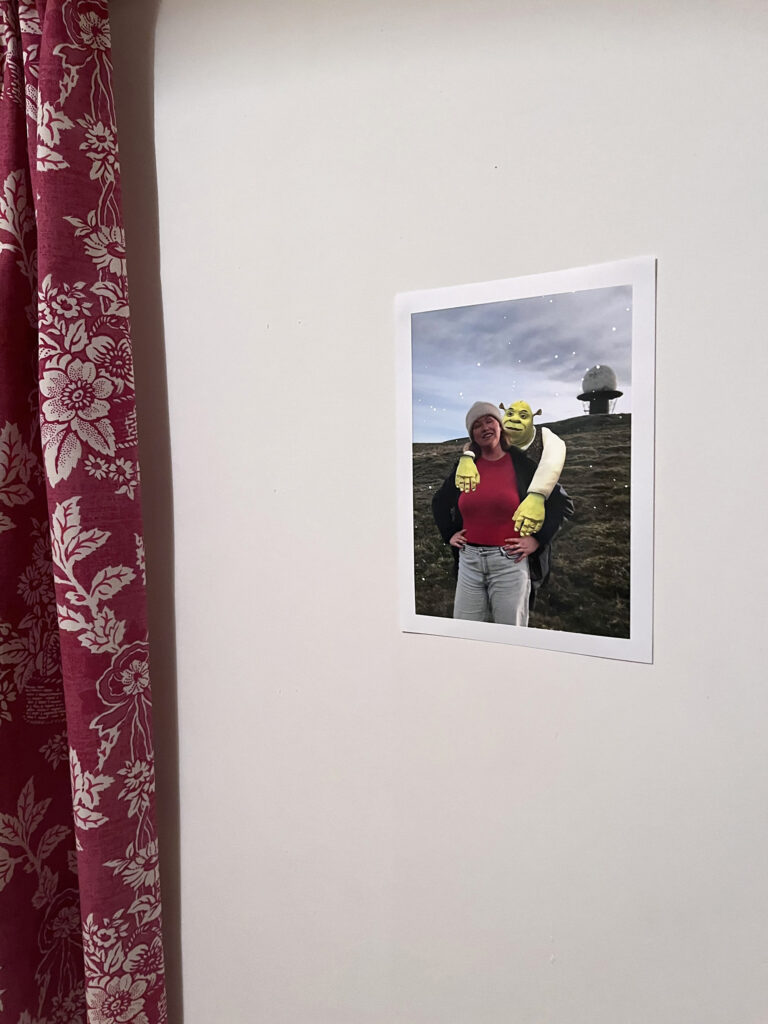 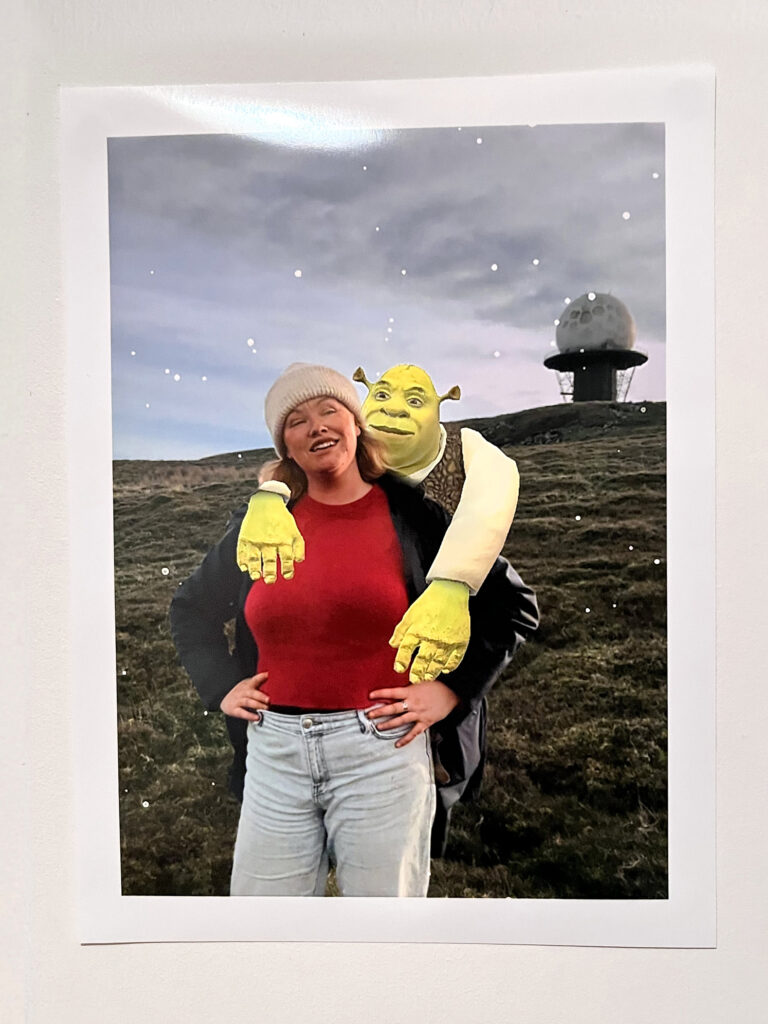