DEATH DRIVE engages in the space between personal narrative and collective history, imbuing it with a sense of fear, anxiety and self-destruction.  By using an image originally produced from an augmented reality phone application, Martin also reflects on the public’s attachment to fantasy and technology. 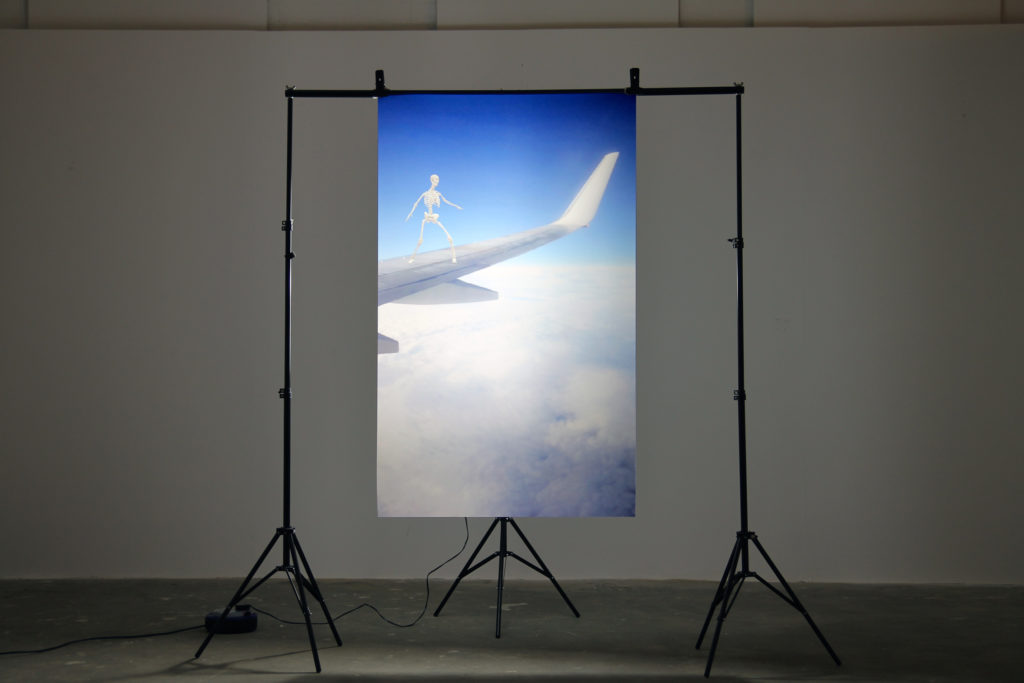